Welcome to my studio 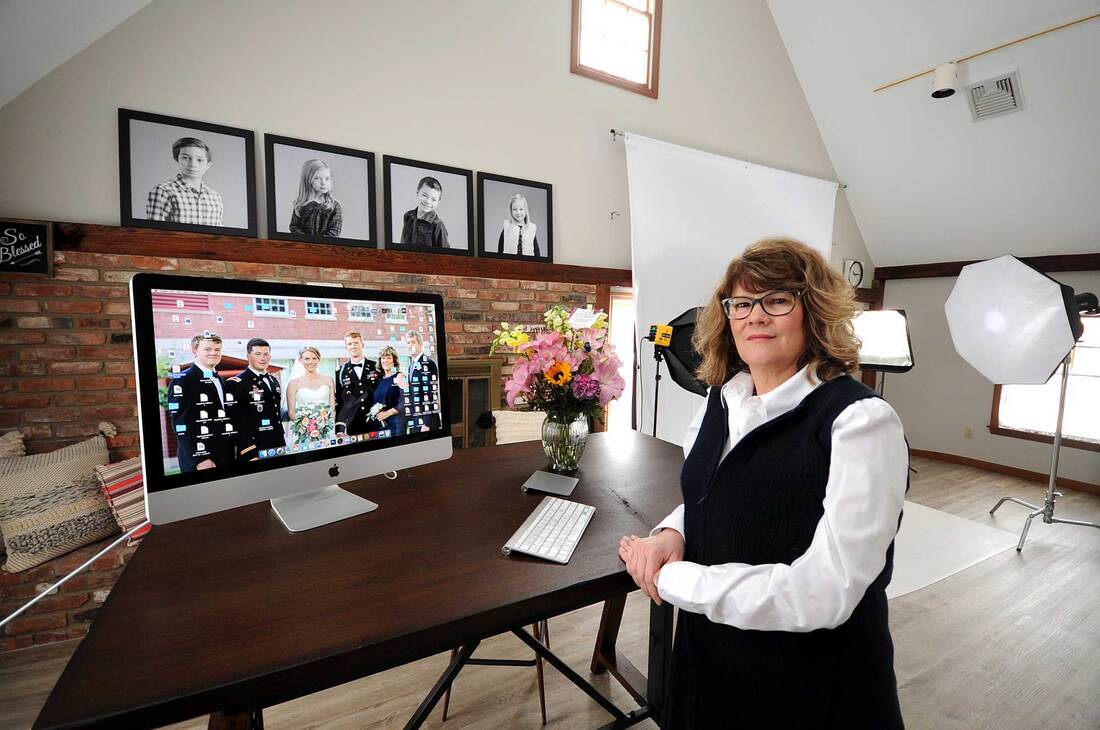 I am a wife, a mother and a storyteller.  So let me tell you a little story, I met my husband Vin at Siena College, a beautiful Franciscan college just outside of Albany, NY.  This year we celebrated our 35th anniversary!

​Our oldest son Shaun also graduated from Siena College, he married fellow alumni, Michele, at the Siena Chapel in 2017.  I wanted to write "he married his Siena sweetheart, but despite both attending Siena for the same four years, they met at a bar in Buffalo, a year after college graduation!  Shaun spent five years serving in the United States Army, his last position was a Captain in the 75th Ranger Regiment.  Michele and Shaun now live in NYC, she is a Pediatric ICU Doctor at Columbian Presbyterian and he is the Chief of Staff at Firefly Health.

You've met Shaun, now meet Brian.  Brian is totally responsible for my photography/ videography career.  Brian took a Media Productions class in high school and made hysterical videos, starring his friends and his brothers.  At night I would start fooling with his Apple computer and I found I loved it.  If I could have sat next to him in class, I would have!  Well, now Brian has married his Siena College sweetheart, Sam Bove. She is the perfect match for Brian and we are so happy that she has joined our family!  Brian is currently serving in the military as a Captain in Special Forces.  Sam has her Masters in Education and was teaching 7th grade English, before they were relocated to Destin, Florida

Kevin, my baby.  Shaun and Brian are almost like one person, Shaun and Brian this and Shaun and Brian that.  Six years later came Kevin.  We all adore him.  Kevin is quiet and nice, so easy to be around.  Kevin lives 6 minutes from Brian and Sam in Destin.  He is attending a Police Academy and will be a deputy sheriff in Okaloosa County after graduation in March.

Mother of three boys; does that help you understand why I can deal with kids who want to run, play and push each other around instead of stand still and smile at the camera?

So I have told you about Shaun, Brian and Kevin, my sons.  I am so proud of the men they have become and I love the wives and girlfriend that they have chosen.  But now I get to introduce you to two new precious little Looneys!!

My sweet little redheaded city girl, Emmy, just turned one!  I LOVE spending time with her at her home in NYC!  She reminds me so much of her dad, Shaun.  Busy, busy busy.  She loves to read and push her high chair around their apartment, as long as she is moving, she is happy.

A few months later, came adorable Brady.  Brady lives in Florida with Brian, Sam, and Trooper (a GSD). A beautiful, happy little baby that also reminds me of his dad.   So far, Brady has a laid back, sweet personality - perfect for a little beach dude.